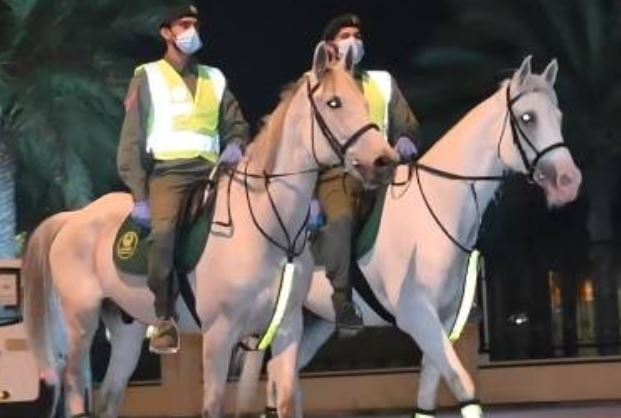 Two Dubai police officers on horseback galloped and in less than 25 minutes arrested the suspect and recovered the car. The two Dubai Mounted Police officers, Nawaf Hasan Khalfan and Muhammad Sheikh Abdullah were praised for their prompt response. In less than half an hour, they managed to investigate the crime scene, find the vehicle, identify the suspect, and catch him on the spot. Skilled Brigadier Mohammad Al Adhb, director of the Dubai police station, said the attempted car theft was reported in the emirate's Al Sabkha area, which was covered by the Naif police station.